Do we really need to teach classical piano music today?

Most music studios still have a pretty strong focus on teaching classical piano music. Is this how it should be? After all, classical music is essentially just old pop music. 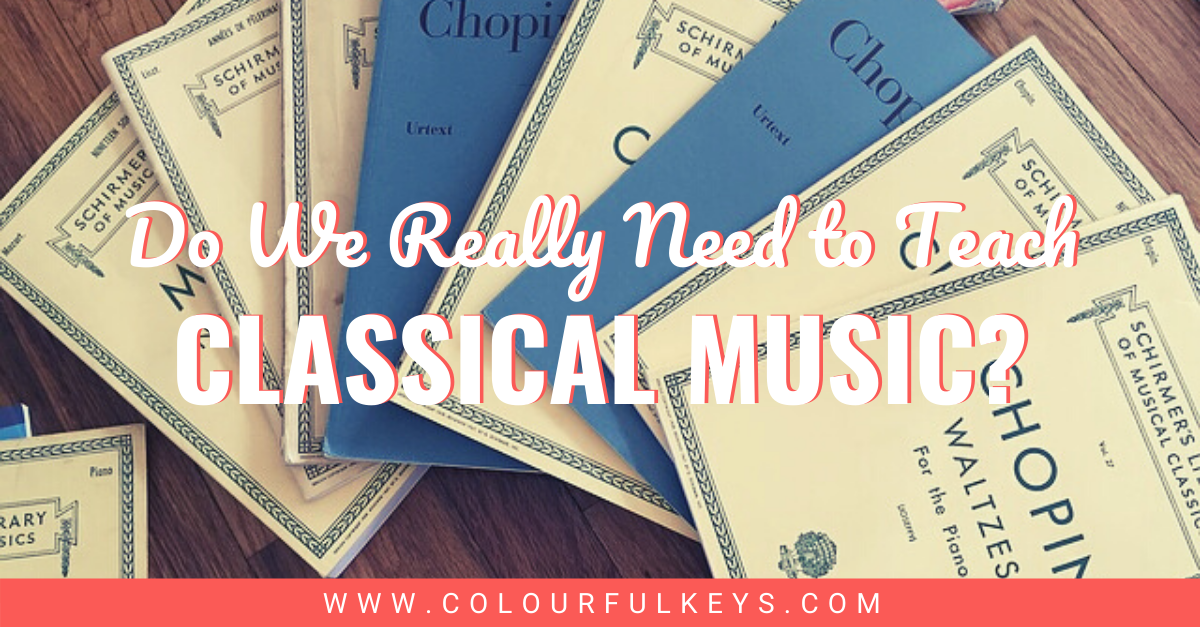 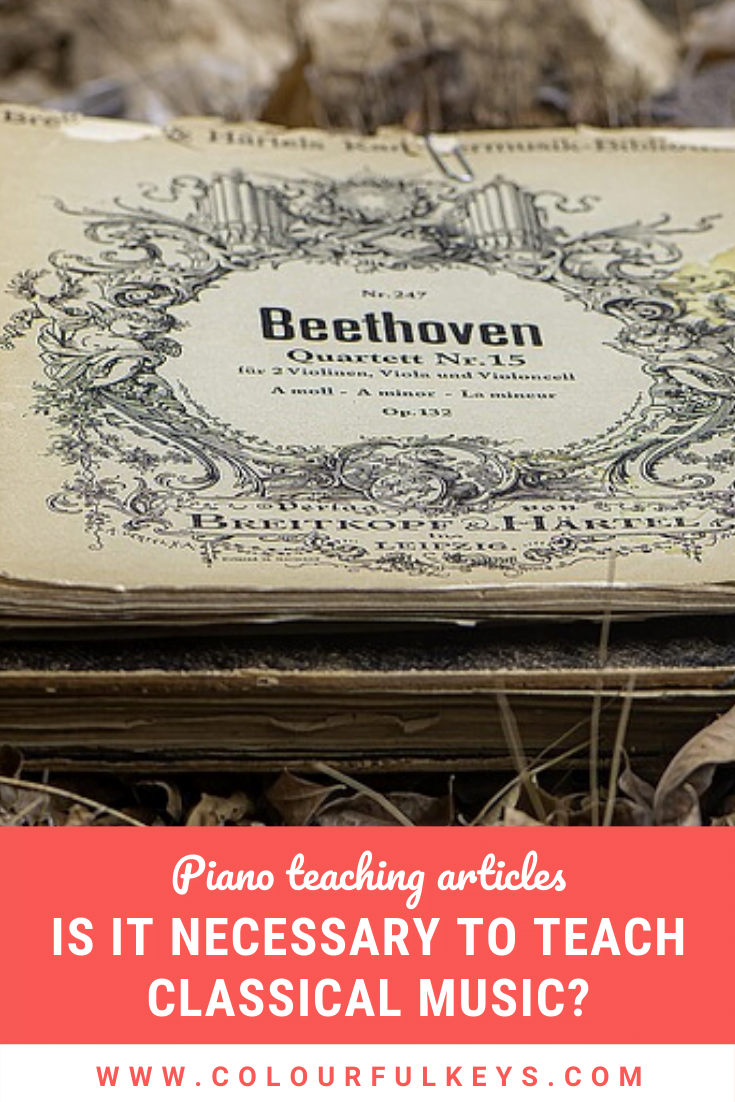 Bach and Mozart weren’t composing “art” music. They were writing music to please the public. Sure, they pushed the boat out from time-to-time but for the most part they were composing pieces that people wanted to hear.

What’s the equivalent of this today? Pop music.

Pop music (in the broadest sense of the term) is what students are listening to day in, day out.

If your goal is to produce highly-achieving contest-winners who go on to attend conservatories and compose symphonies, then maybe you can ignore pop music.

But, if your goal is to give your students a well-rounded music education and appreciation, then it doesn’t make sense to me to exclude pop music. That’s like saying there are “worthy” genres of music and there are genres that you look down your nose at – and that’s a recipe for rebellion. 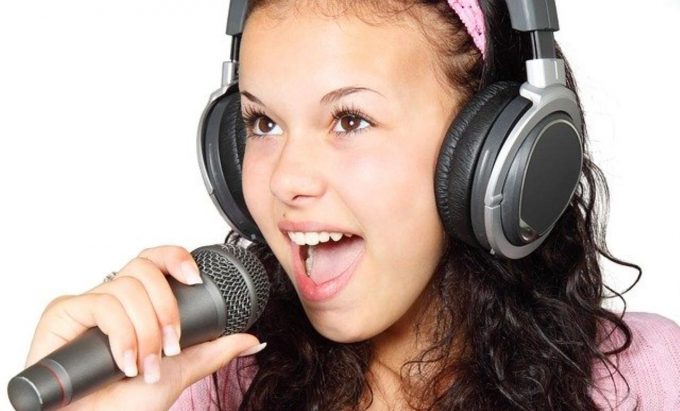 Once most students reach their teens they’ll realise that you’re excluding the music they identify with — the stuff that’s most relevant to them. When they realise that, most of them will turn their back on music lessons and think it wasn’t for them. What a shame.

If, however, you take a broader approach to teaching music you can bring together classical repertoire and pop and allow students to find themselves in both. If you’re intrigued by this idea but not sure how to get started, here’s how I teach pop in my studio.

Do we need to be teaching classical piano repertoire?

By the same token, I don’t believe we should take classical music out of our studios. While some may see excluding it as being forward-thinking, to me that’s just closing your students off from a different music genre.

All types of music are valid and valuable and I see it as part of my job as a piano teacher to help students learn about classical music. The right teaching approach can open their minds to music they might not have encountered otherwise and give them a wider world of music to enjoy. 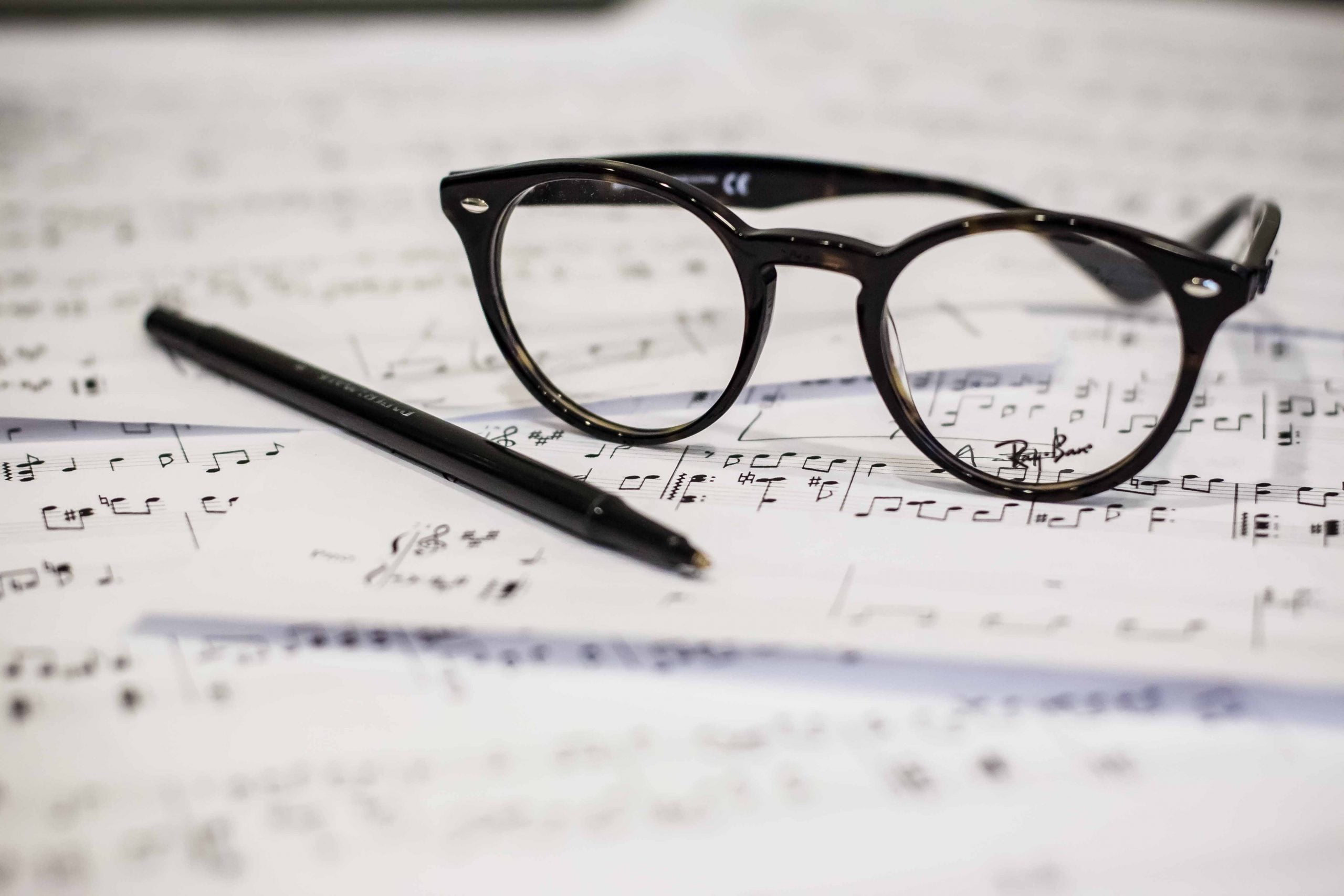 That’s what happened for most of us, right? Do you think you would listen to classical music if you hadn’t studied a music instrument?

Probably not. Most people I know who enjoy classical music were introduced to it in some form in their childhood. Either they studied music or, at the very least, they had parents who took them to the concert hall and played classical music around the house.

It’s All About Balance

That’s what I think, anyway. We need to balance the new and the old, the reading and the improvising, the theory and the practice. That’s why I’ve devoted an entire section of my Planning Lessons Hub to Repertoire and Resources.

What do you think? Where does classical music stand as we move further into the 21st century? Leave your feedback below or join the discussion in the Vibrant Music Teaching Facebook Group.

2 thoughts on “Do we really need to teach classical piano music today?”